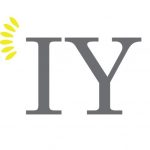 Consult with us on any legal matter

Business frustration in the context of the COVID – 19 pandemic - IY Lawfirm
939
post-template-default,single,single-post,postid-939,single-format-standard,bridge-core-1.0.5,ajax_fade,page_not_loaded,,qode_grid_1200,side_menu_slide_with_content,width_470,qode-content-sidebar-responsive,qode-theme-ver-18.1,qode-theme-bridge,disabled_footer_bottom,wpb-js-composer js-comp-ver-6.0.2,vc_responsive

Posted at 20:45h in Commercial law by doichin
Share

Options for amendment or termination of commercial contracts

The COVID – 19 pandemic turned in short terms the whole world upside down, borders were closed, large business sectors worldwide and specifically in Bulgaria ceased working, whereas other business sectors faced the challenges of remote work.

Under Decision of the Bulgarian Parliament a State of Emergency was introduced for the period 13.03.2020 – 13.04.2020. It now appears that most probably this term will be extended.

Furthermore, under Order of the Health Minister dated 13.03.2020 and under other ones issued on subsequent dates series of restrictive measures aimed at limiting the spread of the disease were introduced.

Although the duration of the fight against the virus is not clear yet, having in mind the unprecedented measures related to imposing of quarantine and limiting the movement of people and goods the forthcoming global economic crisis becomes more and more evident.

In these circumstances the questions regarding the options for amendment or termination of already concluded contracts due to business frustration start to attract the attention of the traders.

In the recent years, the last global economic crisis in 2008, which affected Bulgaria as well, lead to the initiation of number of court cases on the subject matter of business frustration.

This way a substantial case law emerged. Large number of the cases were related to requests for amendment of bank credit contracts in various parts thereof, whereas the issue of amendment of the annual interest rate was mostly in the center of the disputes. Another group of cases were related to requests by the tenants of commercial spaces situated in Malls, who have concluded long term rental agreements on high rents, aiming for the decrease of these rents or for termination of the contracts.

The business frustration is related to substantial change of the economic status quo, under which circumstances the contract was concluded and under which each of the parties took the decision to enter into the agreement.

It is very important that as per the business frustration the execution of the contract is still possible, but if it is allowed this would be contradictory to the basic principles of fairness and good faith.

The COVID-19 pandemic itself cannot be interpreted as business frustration under the meaning of Art. 307 of the Commercial Act, but having in view the intensity and its scale, as well as having in view the measures, which the governments worldwide undertake in the fight against it, most probably it will lead to a severe economic crisis. This economic crisis and the worsened economic conditions may present the options to the contracting parties to refer to business frustration, in order to amend or terminate their contracts.

II. The case law on the issue of the business frustration

The claim under Art. 307 of the Commerce Act is constitutional, since thereby the plaintiff asks the court to make a legal change in the contractual relation, i. e. asks for an amendment or termination of a bilateral contract.

The claim of business frustration is material, which is of particular importance in determining the amount of the state fee due when the claim is filed in court, as well as in determining the other costs of the case. (Ruling No. 778 of 08.11.2010 in private commercial case No. 538/2010, II civil court panel of the Supreme Court of Cassation)

At the time of filing the claim, the contract whose amendment is requested as a source of the contractual relation should not be terminated. (Judgement No. 531/27.09.2007 in commercial case No. 284/2007, I civil court panel of the Supreme Court of Cassation).

Judgement No. 242/10.02.2017, in commercial case No. 3389/2015, I commercial court panel of the Supreme Court of Cassation upholds the opinion that the statement by one of the parties to a contractual relationship to modify or terminate the contract is wholly or partly transforming in nature, without the law giving it retroactive effect. The right can be exercised only by a claim of the interested party before the court, on which the court renders a decision with a constitutional effect – on the basis of which the contractual relationship is amended in the future.

In other words, in the event of business frustration, the parties concerned should, promptly and without delay, file claims in the court for amendment or termination of the contract, since the effects will only occur for the period after the claims are filed with the court. When filing claims under Art. 307 of the Commercial Act, in the case of modification of concluded contracts, the claimant should also take into account whether by the time of the possible entry into force of the court decision the contract will still be effective. Otherwise, the court decision will not have the desired effect. With regard to the option for termination of contracts, due to business frustration, the above said comment is not applicable.

A striking example of the exercise of business frustration is the following case, which represents the subject matter of Judgement No. 240/12.09.2013, in commercial case No. 259/2011, II commercial court panel of the Supreme Court of Cassation.

In 2007, a company merchandising clothing and footwear items signed a ten-year lease agreement with a landlord in a Mall. The monthly rent was about BGN 4000. Until 2009, the company had high turnover and paid the rent, the salaries of its staff, their social insurance contributions, etc. without any problems. However, after 2009, as a result of the global financial crisis commencing in September 2008, which affected the Bulgarian economy as well, the company’s turnover decreased drastically, and for the last month it had a turnover of only BGN 100.

In the circumstances thus established, the court found that the negative economic results of operating the rented outlet were a direct and immediate consequence of the global economic crisis, in which consumption had shrunk only to basic necessities. By the time of conclusion of the contract, when the demand for clothing and footwear offered by the company was high, the company could not and was not obliged to predict the decline in sales as an imminent consequence of the changed economic conditions.

At the same time, after the substantial deterioration of the economic circumstances, the maintaining of the legal relationship was contrary to fairness and good faith due to the impaired equivalence of the benefits, since the execution of the contract became excessively burdensome or almost destructive for the tenant company. This breach of equivalence is also dishonest, since it contradicts the generally accepted criteria of honesty and integrity, i. e., the preservation of the bond is socially unjustified, since despite the interest of the creditor, the debtor should not be forced to continue its terms.

Unfortunately, the COVID – 19 pandemic that has hit the world is expected to lead to a global economic crisis. It could, in turn, bring many contractual parties to commercial contracts to the necessity to file claims in the courts seeking their amendment or termination.

The team of Ivanov and Yonkova Law Firm remains at disposal for provision of legal opinion and answers to any supplementary questions regarding the present or any other topic, you may have.

The present article does not represent legal opinion or advice on specific case or situation.